How To Start With Flutter?

Hey there!
You guys might have already heard about Flutter and how it can be used for android, ios & web apps. It has great in-built features and bla bla.. That sounds like something exciting to learn new things, right???

In this article, we will learn how to start with Flutter?

Since the inception of  Flutter app development, app clients thought that they might need to develop other apps using Flutter. They fear that their existing android & ios apps will be of no use anymore.

So, I need to clear them that you do not need to develop a separate flutter app.
This means that you can migrate your android/ios app into Flutter directly without disturbing performance.

So, in this blog, we will be talking about why we need to start with Flutter and how to do it?

Before starting, many developers have the same questions in their mind: if we have react development if we achieve the same thing from there as well, then why choose Flutter?

Let me clarify then

1. Flutter is near to the react-native :

React -Native app mainly divided into 2 parts :
– The Native UI
– Javascript Engine
It changes react to the state of react-native platform UI elements & on the other side, and it runs the application using a javascript engine.

But
The Flutter doesn’t have the javascript engine; to build bidirectional communication between dart & native, it uses the binary message channel.

React-native has a platform-specific UI element. On the other hand, the flutter team introduces each widget with a new feature.
Thanks to the Flutter for theming feature, based on the user’s setting, they can change the app’s theme.

Before starting with Flutter, you need to have some basic knowledge of the Dart language.
I have attached the PPT here to learn some basics of dart language ..you can check later.
You can start with dart language here
simultaneously you can use the online dart pad as an editor to do some practice here

After going through the dart concepts, and learned and practicing some stuff, you now have good enough confidence to start your first flutter app development.
You have two options to write your code. Can Use-
– VS Code
– Android Studio
& I need to know some basic commands to handle flutter code.
You can check it out here

One thing I want to mention as well is that you can learn a free flutter course as well.

It is a good source where you can start with Flutter as a beginner and become a master developer. you can clear your all doubts by starting with

Udemy Flutter course-Beginner
If you want, you can go with the udemy course, where you can explore everything from scratch.
You will get varieties of topics to learn with Flutter.

Let’s do then, and in the next story will learn how to structurize the flutter project with
Bloc-Pattern.

So the conclusion is that, in contrast to Flutter, the react native project is two years older, and the entire community has backed it.
Flutter & react are both frameworks built on top of native host applications, and react cannot improve its performance as much as Flutter due to its javascript-based architecture.

Kiran is an android & flutter developer with around 3.5 + years of experience in developing mobile applications. She is self-motivated, a quick learner & result oriented. She likes to learn new technologies and grow with it. She is good at developing clean, reusable, and latest technologies oriented code with interactive apps. 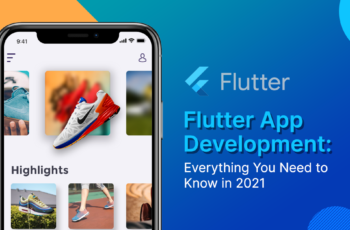