How to Implement a Design Sprint Within Your Company

A visit from potential client opens a door of opportunities for both the parties. The client gets to experience the first-hand account of culture and working style, especially when traveling to another country. On the other hand, the hosts get to understand the work and the expectations.

Dan came to India, still not sure on who his development partner would be. No contracts signed, we had just convinced Dan to take the visit with open mind and really know us in person, understand how we work and what value we can bring to the product. In the worse case, he had the choice to still own all work that we create during his visit and not pay us a dime.

This is an account of a week spent together with a client, brainstorming on his ideas, act like the “actors” of his app and building a plan while also enjoying mouthwatering Indian delicacies

We had been in touch with Dan for his app for more than two months. All discussion had gone back and forth. He had compared us with others and had kept us in his top 2 or top 3. He had met local teams but used to keep coming back. One thing we really liked about Dan was his transparency. He used to tell us about other teams he was speaking to and ideas that it was leading to.

So one of the days we introduced to Dan our Wired in India Programme and told him how it is not much difficult for anyone to travel to India, especially when you are looking to build a team and apart from the long flight (which we can’t help much on), everything is actually a breeze. Importantly, the return on the time and investment from such a trip is multifold. Saying that a trip will end up saving months of rework that could occur if team is not on the same page is an understatement. Exercise such as this can actually be the difference between building the product right and not being able to build it right.

So Dan finally agreed with the premise that we will not be holding him to contract or any commitment till he is convinced after the 1-week plan. We agreed. Dan arrived on Sunday to Mumbai and we booked a cab for him to transport him from Mumbai to Pune. He took rest on Sunday evening and Monday morning we all kicked off. On his arrival at our workspace, we gave him an Indian cultural style welcome with garland and sweets. After the welcoming session, we gave him a tour of the office. We introduced him to the team he would be working with. These were the voices he had been speaking with.

Dan already had a launched MVP version of the app that he had created himself to test the waters. At this stage, Dan was confused about the UI/UX of his app and was looking for an investor as well. After meeting him, we came to understand what his project is all about and how he wants to revamp the existing app.

Through the days we followed the Design Sprint methodology for going step by step from setting up the problem statement to creating multiple available solutions and choosing the one that seemed most promising. With the different people of the team involved, we could use the time to answer all questions arising from tech, strategy, marketing, user experience, etc.

A fun exercise was the role-playing exercise for Dan’s investor pitch where Ayush played Dan and Dan acted as an investor. This provided Dan with the profound insights on what could be the hard questions that will come to him. Dan was asking those questions now.

Missing Aspect And Improvisation Of Designs

After having an in-depth discussion with Dan about how he wants to lay out his app, we observed that there might be few areas where the design and UX of the app were lacking. As the saying goes “Two Heads Are Better Than One,” after immersing deeply into the product idea as a team we found a few magic beans. For example, in the previous version, the app had a collapsible list which restricted the users to view the tab above it, so we switched the whole thing with a horizontal tab bar to enhance UX/UI.

Learning About Dan “The Man”

The best part about meeting a client in-person is that it enables you to understand his way of thinking and also his disposition. Their actions which support their needs are much more meaningful than the words you hear over the phone or a video call. We experienced something similar with Dan. His body language and actions were completely aligned with his words now and the display of his commitment and passion for his product was contagious. His detailed explanation helped us understand his vision and future plans for the product. Regular interactions between Dan and our team allowed us to get a better grasp of his business goals.

We believe that all this was possible only because we met face-to-face, just talking over the phone would not have made it possible.

Along with understanding Dan’s working style and behavior, it came to our knowledge that Dan is one hell of a bookworm, who loves to read and discuss his favorite books. Ayush and Dan exchanged their book lists and Ayush forwarded to Dan his current favorite “Zero to One” by Peter Thiel. It was amazing to see that within days we were applying the learnings from the book to the product itself.

Coming to India made Dan realize how the things work here at the ground level, breaking the cultural wall. Along with this, Dan got a nice first-hand account of Indian culture and Indian food.

We continue working with Dan now since last three months. Meeting up and spending time together has just taken the comfort between us to another level.

The visit was a complete success. We were able to build a comfortable working relationship with Dan. The visit allowed us to grab and understand Dan’s working style and for him to learn about our style and capabilities as well. Going back Dan now had clarity and what he wants and how it will be done. The blueprint had been created and the plan was in his hands.

Vishvajit comes with a rich experience of working with the startups and has helped 20+ startups build their products. He leads UI/UX at Mindbowser and has been successfully running the Google Design Sprint for the 5+ years. 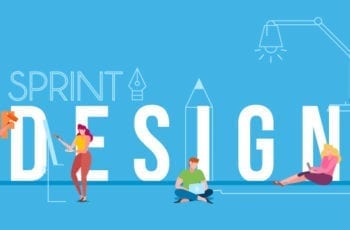 Design Sprint: The Best Investment That Your Company Can Make

Why Software Design Is Important?

Design Sprint: The Best Investment That Your Company Can Make

Why Software Design Is Important?