Which Tech Stack To Choose For Your Startups In 2020

Tech stacks are a combination of two software development aspects namely the frontend, and the backend. The frontend is the real ecosystem where your users will interact, while the backend consists of the server, the web app, web server, database, and programming language. So, if you are looking to select the most suitable tech stacks for startups, then you must know the factors that should impact your decision and help you make the right decision. 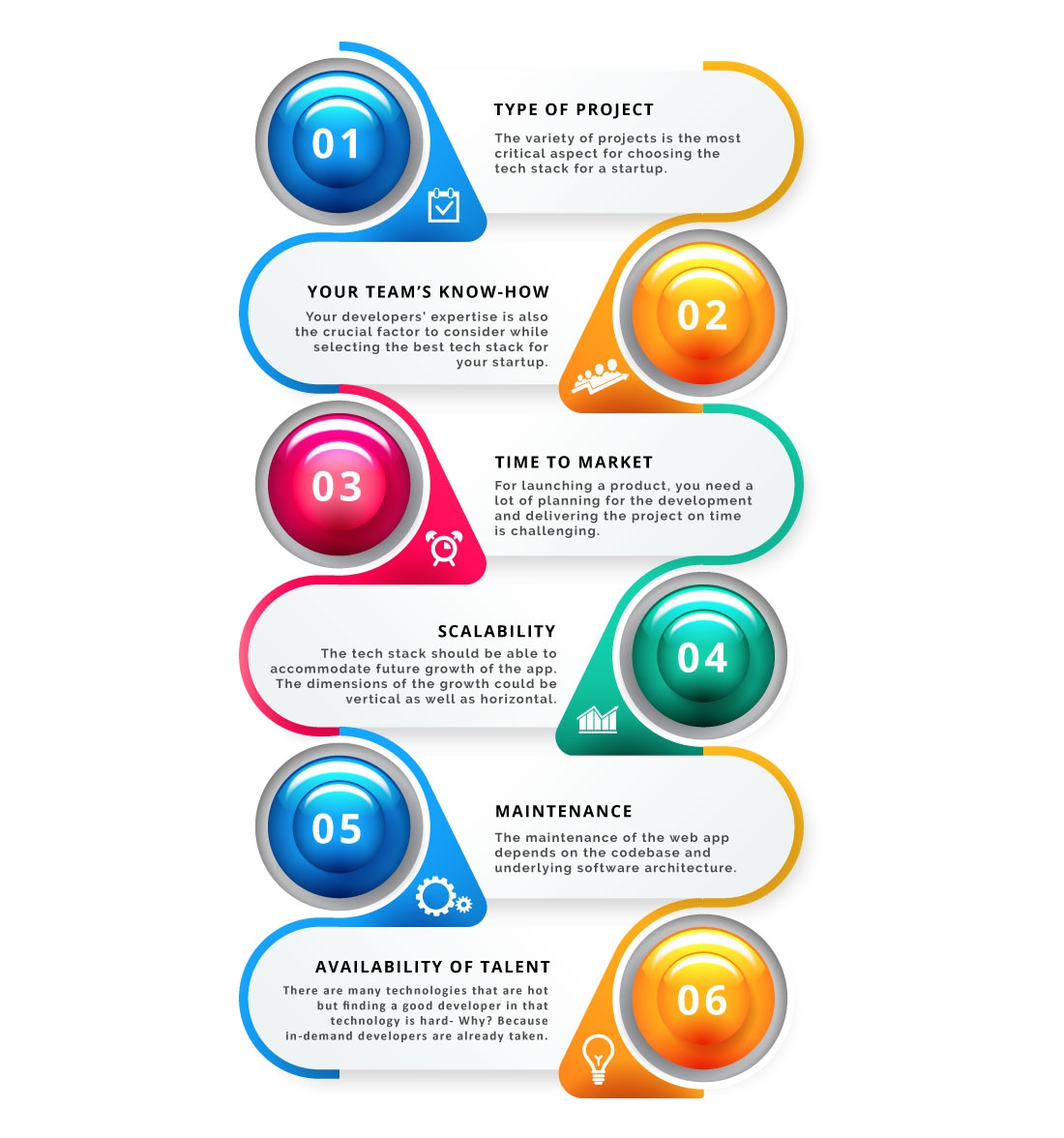 The variety of projects is the most critical aspect for choosing the best tech stack for startup. If you have a small project, then you can go with standard content management systems like WordPress. For an average project, you can consider combining CMS with suitable programming languages like JS, C++, Python, and others. while complex projects need web apps with specially designed functions. Giant e-commerce platforms need specially designed web technologies for their complex projects.

The maintenance of the web app depends on the codebase and underlying software architecture. For maintenance, it is essential to choose the programming language, that uses short and reusable codes. Besides, the software architecture supports the probability, reusability, and scalability of the app that influences the configuration of the dynamic and static components.

There are many technologies that are hot but finding a good developer in that technology is hard- Why? Because in-demand developers are already taken. For an industry that is already plagued with the shortage in supply, developers on the hotter side of the spectrum are further hard to find. This is currently true for Python, React Native and Node developers. Before that, it was for GoLang and even before that – at the start of the decade for Ruby. Ruby and Golang also show what happens when technology wanes down. There is just no new talent entering the market and that makes the price for a good developer even higher. When planning your tech stack goes for the stack for which talent is available today as well in the future.

It is one of the earliest stacks to gather huge popularity based on open source software components. The main aspects of LAMP are The Apache HTTP Server, MySQL, Linux and the PHP programming language. It is the most conventional stack model in the world and is interchangeable with Python and Perl.

.Net technology enables developers to create a feature-rich and bug-free framework for dynamic and interactive web apps. It is a subset of overflow stack which is a comprehensive tech stack covering all aspects of web frontend, .Net developers, and database.

Out of these technology stack for mobile app development, some offer much better features than others. In Python, the ease of use and extensive libraries increase the developer’s productivity more than any other language. It is also the best choice for AI and ML-based development. Java has a remarkable identifier that identifies bytecode and confirms it before runtime. Since it follows LIFO (Last in First Out), it offers maximum flexibility to store and recover information. These features make Java and Python the best technology stacks available in the market.

It supports the MVC pattern, and it is also mobile-friendly due to Angular JS. It is flexible, and it’s NoSQL, and Node.js’s JS module library makes it the most probable solution for building a scalable and agile app. The developers can easily switch between the document-based NoSQL to SQL with flexibility in structuring the data.

Selecting the right tech stack for your startup is based on two things, the project and the developer. It would help if you did a thorough research about your project’s requirements, its type and its launch. Besides, you also need to consult with your team of developers to know their expertise to handle the work. A right tech stack is the key to the overall success of your projects and thus, your organization.

How To Integrate Stripe Payment Gateway In Android

How To Integrate Stripe Payment Gateway In Android