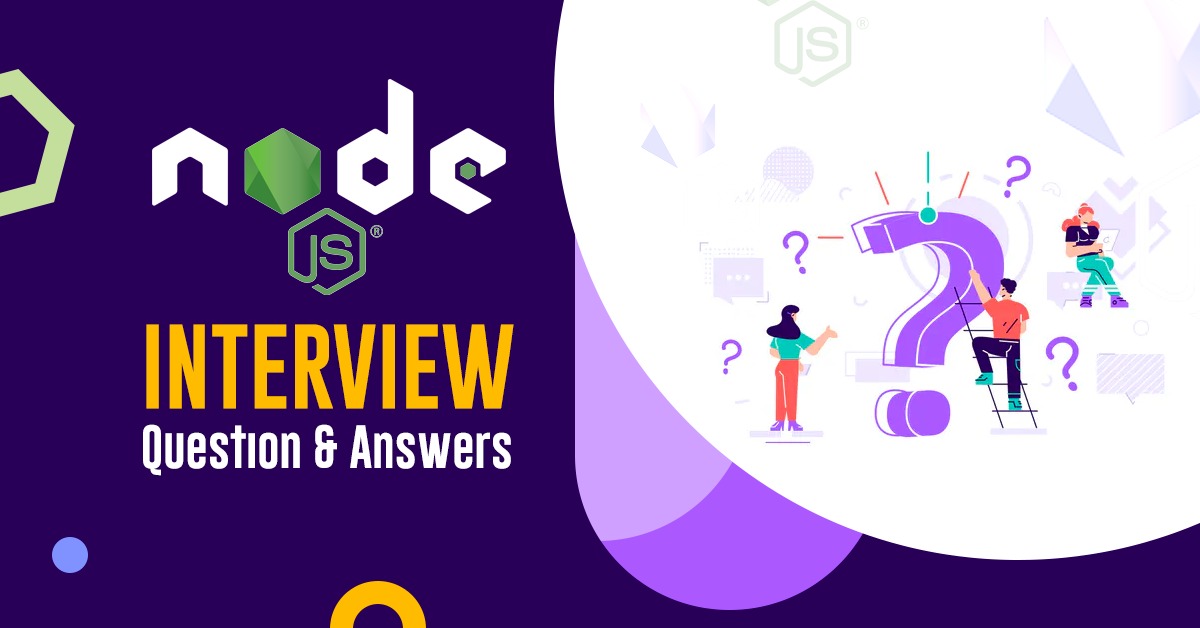 With the boosting popularity of JavaScript, the world has seen a revolutionary change in web development. The process and techniques of web designing have taken a dramatic turn. JavaScript running on the server and in the browser has opened new possibilities and helped us discover ways we weren’t aware of. Here We cover Top 20 Node.js interview questions and answers for developers

Node.js is an open-source, cross-platform runtime environment for developing server-side and networking applications written in JavaScript. It is the archetype of an exceedingly customizable and scalable tech. JS is designed to use single-threaded, event-based architecture and non-blocking-based I/O models. It is made of Google Chrome’s V8 engine written in multiple-platform C library i.e C++ and Libuv that backs asynchronous I/O based events on event loops and thread loops. Although Node.js is made of Libuv, it can still be used in pure JavaScript.

Node.js can be used at a variety of platforms. Some examples are stated below:

3. What is the advantage of using node.js?

Node.js is used by professionals and some extremely renowned companies like Netflix and Uber. Evidently, it possesses features that make it the best. Below mentioned are some advantages of using Node.js

4. What are the two types of API functions in Node.js?

5. What is control flow function? Explain the steps how “Control Flow” controls the functions calls?

The order in which the execution of statements is done by the computer is called Control Flow. The control flow function in Node.js is a code that is applied between Asynchronous function calls. Below given are steps which are used to implement Control Flow Function.

6. Why is Node.js quickly gaining attention from JAVA programmers?

The reason behind Node.js rapidly gaining popularity is its loop-based server for JavaScript. Node.js provides the developer the facility to write JavaScript on the server.

7. What is the event loop in Node.js work? And how does it work?

The I/O non-blocking operation of Node.js is made possible through event loops despite JavaScript is a single-threaded language. At the beginning of the process, Node.js initialises the event loop, processes the provided input script that syncs API calls, schedule timers, then starts processing the event loops.

8. How will you debug an application in Node.js?

Debugging means relieving your code from any error. Identifying an error can take up many hours for which Node.js has a great tool that can help finding the error.

Open the initial file (typically index.js), activate the Run and Debug pane, and click the Run and Debug Node.js (F5) button. The debugging screen is similar to Chrome DevTools with a Variables, Watch, Call stack, Loaded scripts, and Breakpoints list.

9. What are some of the most popular modules of Node.js?

Every developer must be equipped with the latest information and updates on software libraries as they make the task of programming very easy. The most popular and useful modules of Node.js are-

10. What is a Callback function in Node.js?

Callback function is employed when a task is complete. Hence it is a precaution against any kind of blocking. In the meantime, the callback function allows other codes to run. With the Callback function, Node.js becomes immensely scalable as it can process a large amount of requests without waiting for any function to return the results.

11. What are the challenges with Node.js?

Even though Node.js is one of the most popular and widely used open sources software, it has its own challenges-

We Built An App That Streamlining the Accreditation Process for Physicians

Learn How Did It

REPL stands for Read-Eval-Print-Loop. This is a virtual environment that comes with Node.js. It is a quick and easy way to test simple Node.js codes.

A test pyramid is a metaphor that is used to make a bunch of software tests of different granularity. For example, unit testing, component testing, integration testing, system testing, end-to-end testing, UI testing.

14. Explain the concept of middleware in Node.js.

Exit codes in Node.js are particular codes which help in finishing the processes. This may also include global objects. Some examples of exit code in Node.js are-

16. Differentiate between Node.js vs Ajax?

The major difference between Nodes.js and Ajax is –

Nodes.js is a server-side platform for developing client-server applications, whereas Ajax is a client-side scripting technique that was basically designed to show the contents of a page without refreshing it.

17. What are the security mechanisms available in Node.js?

Node.js is equipped with various security mechanism, some are mentioned below:

18. What are some of the flags used in the read/write operations in files?

Node.js uses several flags in the read/write operations in files. Below mentioned are some of the flags:

19. What is the difference between fork() and spawn() methods in Node.js?

Spawn command is designed to run system commands. When Spawn command is used, you send it a system command that is processed on its own but no further code is processed within your node process. Whereas, Fork is a special instance of Spawn. This means that you can create workers for running the exact same Node code base or maybe a different module for a particular task.

20. What do you understand by an Event Emitter in Node.js?

What are the advantages of using Node.js?

Node.js is JavaScript-based. JavaScript is one of the most popular and simplest coding languages in the IT world. It is easy to learn for beginning developers. Even people without the knowledge of JavaScript but with some basic technical background can read and understand the code.

More than that, the pool of JavaScript talents is large, so as a business owner, you have full freedom to choose the team to work with.

How do I hire a NodeJS developer from Mindbowser?

Why should I outsource my NodeJS development to Mindbowser?

Mindbowser is a company of choice for 400+ companies looking to bring transformation with technology. Our vision is to help build 100+ companies with 10M+ USD valuation and we are already successful in it. Currently, we have 11 companies in our portfolio that have gone beyond 10M+ in valuation. This aligns with our mission to always work on contributing needle-moving changes for you. Our customers have been featured on ProductHunt, TechCrunch, Discovery Channel, Cosmopolitan Magazine, Inc.com, etc, and have had successful exits. Our clients have also received millions of dollars in funding from marquee investors like the Chan Zuckerberg initiative, Simons Foundation, The Carson family charitable trust, and many more.

What kind of performance guarantees are in place?

We have SLAs defined for projects. This includes performance parameters for individuals as well as key goals for the overall project. We keep revisiting this SLA at regular intervals to make sure that we are inline with the plan. Any deviation is immediately fixed.

In this article we covered the top 20 Node.js  interview questions and answers for freshers. If you have any doubts regarding this article, Please comment us.

Hire the Expert Node.js Developers to Build an Exceptional Solutions to Help Your Web Application Succeed. 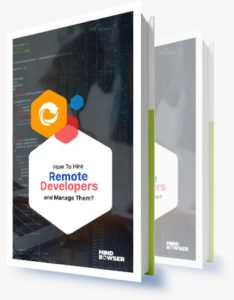 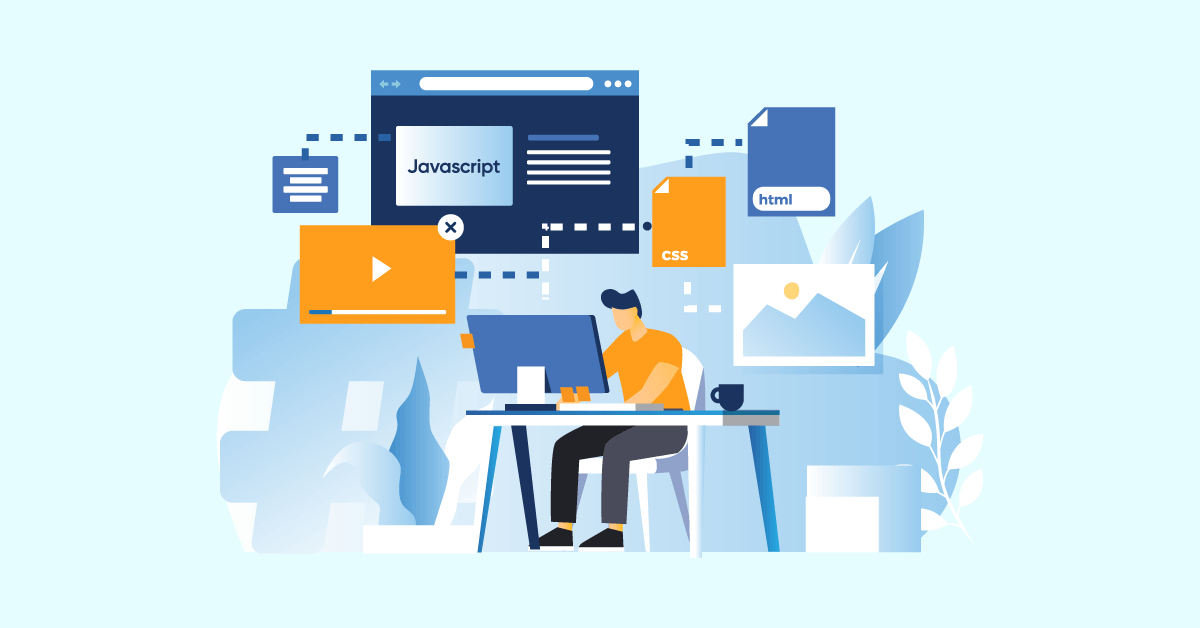